According to Forbes, by 2025 the Worlds Data is estimated to hit 163 Zettabytes of storage. As you can imagine, this number continues to grow, from the enormous amount of applications spawning to our favorite puppy videos, data is everywhere. Behind that data is storage, and that storage connects to an operating system. This is where my latest project fits in.

How can we make Network Attached Storage (NAS) easily manageable and self service to our customers?

Within my environment, there are three business logics that are key. The first is our configuration management tool, Puppet, which manages tens of thousands of servers across several productions and non-production environments. The second is Bitbucket, which houses code for the entire company and syncs self-created modules to all puppet masters on a cron-style basis. Third is the initiative to allow for system “devineers” to automate the infrastructure into a completely self-servicing environment.

Within this problem statement, there are several key players. For simplicity, I will break them down into a role, rather than their actual title – storage, systems, and customer.

In the environment when a dev group, or a customer, requests storage the request is filtered through to the systems team. The systems team then requests the storage to be provisioned from storage, which today is through an automated API call or self-service page. Once the storage is provisioned and presented to the servers, the systems teams is required to mount, provide permissions, and alert the customer that the new network storage is ready for them to use. Today the systems team task is very manual, and although processes are sync, the paperwork and hands on keyboard could push the request out longer.

Create a containerized API that dynamically scales and manages definition-based files that are then pushed out through configuration management. The Flask based Python API, reaches out to Bitbucket, to grab the latest version of mounts, for both hosts and hostgroups, adds the modification from the API, then commits and pushes back to git. From there Bitbucket syncs with the Puppet, and within thirty minutes (or the next manual puppet run), the new mount appears on the OS for the customer to use.

The strucute of the yaml defines an array of mount objects, that live on a host/hostgroup.

The following snippet, loads the yaml, then loops through host and hostgroup, and at runtime checks to see if the host or hostgroup match.

To see the fully scripted api, check out the project over on my github and let me know what you think in the comments below. 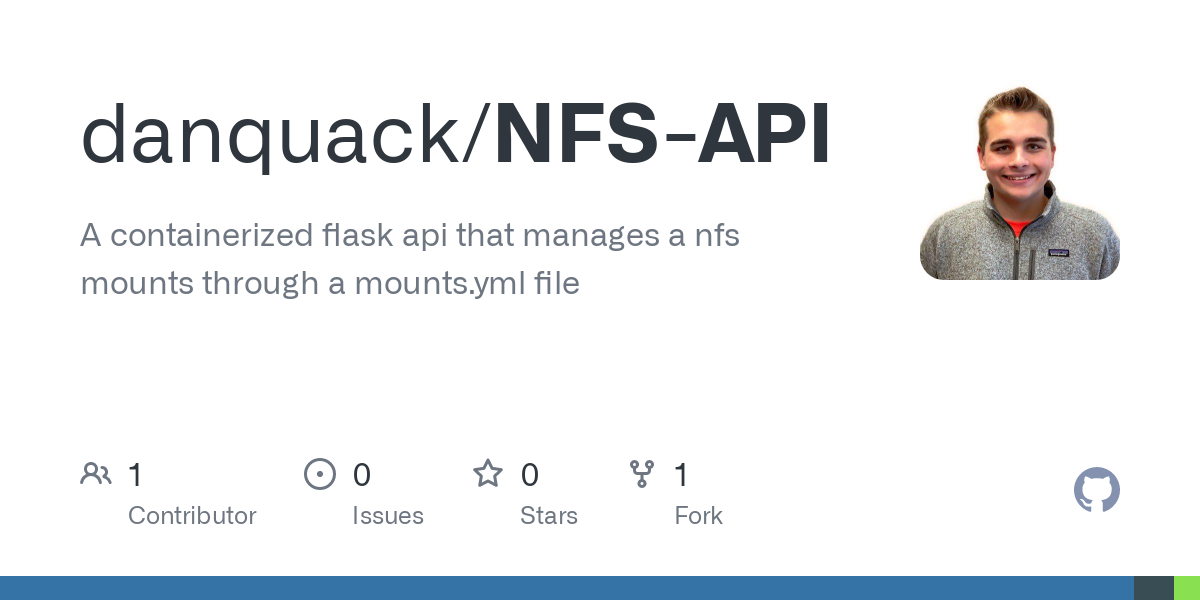